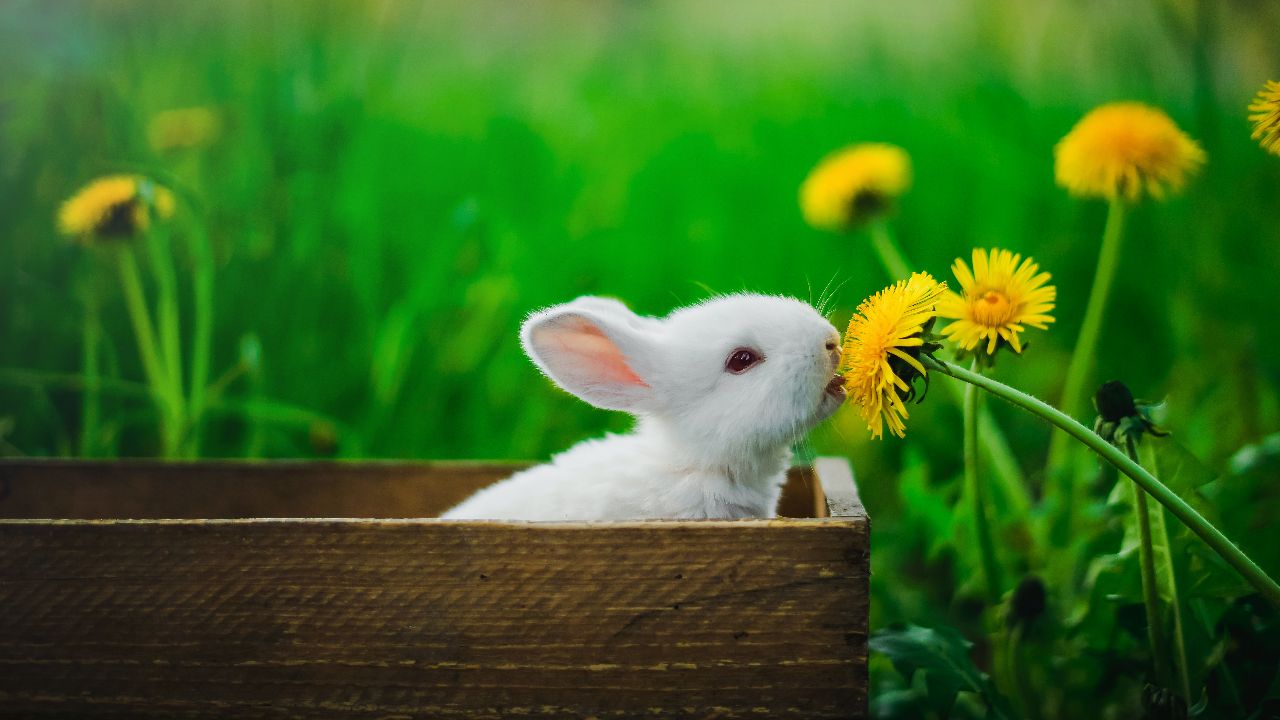 (Does this have anything to do with removing things? Not sure. Just thought it was a cute bunny.)

This recent piece about the psychological reasons why it might be hard to think of solutions in terms of subtracting something rather than adding features hit home with me. (Of course it did: less is more and all that...) I am particularly fond of their “No-bell”:

Every time we subtract an activity that is not helping us create or share knowledge, we ring the bell and celebrate the No-Bell Prize. Quit a dead-end research project? Ding! Cancel a time-suck meeting? Ding! One way to get more meaningful work done is to add work hours. A better way is to subtract tedious time-fillers.

I could have annoyed my office neighbors with that quite a bit; probably every time I deleted an email from on high. That seems a bit extreme as an action, but I do appreciate the idea of turning subtraction into a reward and celebrating the idea of less.

Immediately I was reminded of the old advice about writing and public speaking. You make your last step removing something and almost always the whole thing is better for it. In the case of lectures and academic talks, this is a great technique both because it means that you will feel more relaxed about bringing the talk in on time but also because in any question or answer session you usually have at least one answer (on the stuff you cut out) in the bag. In fact, because you cut it out and it likely had a natural place in what you were saying, it is very likely that someone will ask you about it, so you've even done the work, simply by removing it from your prepared remarks, of making it likely that someone will ask you about it.

Applied to teaching and technology, I found myself thinking less about avoiding the tedious time sucks (though those do, in fact, suck) and more about feature creep in a lot of edtech. Or, put differently, about how often it is that technology offers “solutions” to problems that can be solved or alleviated by subtracting something rather than adding a new tool or feature to a tool. I get this vibe all the time from “AI” marketing copy around edtech and too often from tools that seem to be suffering from feature creep or mission creep over the years (looking at you Tophat). It is endemic in LMS-es and their integrations, where I often have to ask myself whether what they're selling could be done with a simple document or video rather than a platform or piece of software. It is advice I would give to students when using tools too — not least of all when they want to do PowerPoint presentations and refuse to heed the advice about less text, more message.

More often though, it is habits around use that drive the “more”; there isn't always a feature that is the culprit.

The easiest example of this recently is with Zoom and its overuse this past year. How many meetings, particularly one on one, might be better with a simple phone call, removing the video and just sticking to the voice? Or how often is it helpful to remove one thing that you think you have to do online and put it in a simpler form. I think often about the simplicity of early Khan Academy videos. They could be effective with a piece of paper and a good explanation. You don't always need a digital whiteboard or an online tool when you can use paper, pencil, and conversation.

More specifically though, the process of subtraction seems something that could be a regular part of the toolkit for working with any educational technology. Sort of a line item in the process, where you stop and ask, ok, what could I remove to make this work better? It's the kind of exercise that contains within it the seeds of critical process. It forces a question: is this thing that I'm doing valuable?

More often than not, I find that the payoff for this sort of subtraction exercise isn't just in what is removed. It often helps reveal a better way forward through a clear-headed assessment of what you are doing out of inertia and obligation vs. what is of practical value. So, for example, a process like this had me rethink a lot of the way I gave comments on student writing. I found myself wasting a lot of time writing or recording via audio comments that students would never see. (I know they didn't see them because the edtech tool in this case tracked whether or not students have looked at the comments. Over the years it has been clear that only about 50% of students read comments, even when doing so is required for editing and revising.) So I started by removing that process, removing the tracking, forgetting about that whole way of doing things. Once all that was subtracted, then I could think through leaner ways of giving feedback that would be immediate and actionable and, crucially, unavoidable, for students while not feeling like I was wasting all my time and labor. The direction I went in is less relevant to subtraction, but it was essentially to replace technology with individual meetings, at a massive scale; though that might sound more involved, it was in fact less stuff going on, less hours, and less work for greater benefit and better outcomes. It was also, incredibly old-fashioned and non-technological.

I appreciated this article because it gave some context for why it is so hard to think in terms of subtracting as a path to solving problems. We have to force ourselves to think that way, to think through doing more through doing less. (And, to be fair, it's not a solution in all situations. Sometimes more is more.)