The Opportunities of Technological Friction 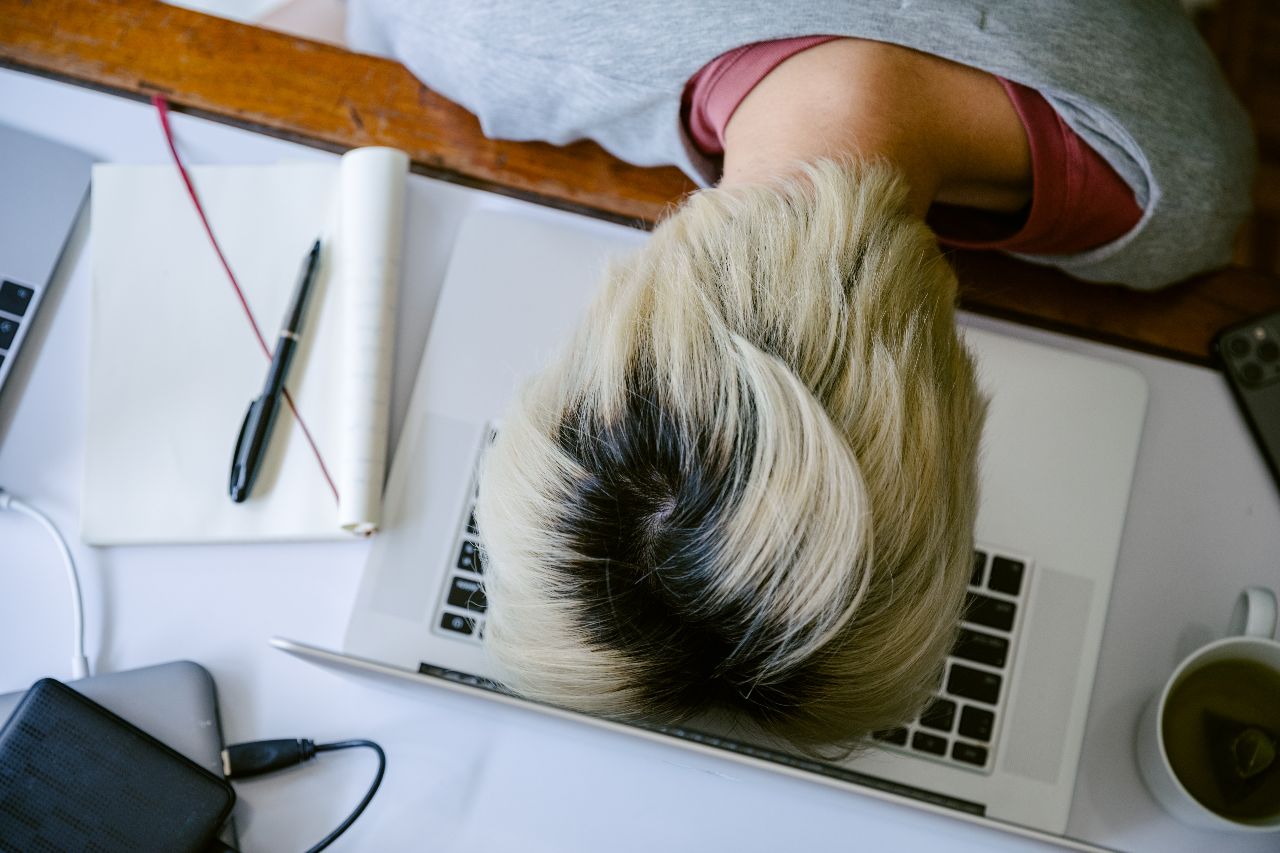 I've been thinking recently about the concept of “friction” in technology. It's an oft-stated goal of technology. I think that phantom of frictionless technology is a problem and we should make more use of technological friction to our advantage.

I also think we should consider adding friction points in edtech. For our own good and for the benefit of our students. Here's what I mean...

Technology companies like to make us think that technology should be frictionless. That's good marketing copy and a core part of their value proposition. Use this software and everything will be easier! Whether that's true or not (and I think it is an illusion most of the time), focusing on friction points in your communication and in the classroom can be a valuable exercise.

The value of friction points in technology is easiest to see if we start with the kinds of technology we might use in our own lives to do things like write and communicate. So think word processors, email, video chat and the like. We'll come back to virtual and face to face classrooms at the end.

Let's dispense first with the notion that technology or communication are without snags and points of friction. When I say “friction,” I mean all those moments where things slow down, where you have to think consciously about some aspect of the medium rather than the message, where you feel your flow interrupted. For example,

Above all, these are all forms of distraction. They make us think about something else and make us painfully aware of the technological means by which we are communicating (or at least trying to communicate).

Can you control technological friction?

It often feels like we can't control friction points in technology. It's just a systems failure, a bug, a hardware malfunction, the consequence of constantly dropped wifi, or some other technical annoyance. While we may not be able to solve those problems ourselves, we can be more aware of how friction points impact our workflow and take control of as many potential friction points as possible. We can find ways to minimize annoying friction points. We can nudge friction points in particular directions even if we can't eliminate them (I'm looking at you Zoom-that-kicks-students-out-at-random.)

And, paradoxically, we can even introduce friction points, under our control, to help us with our teaching goals.

Getting rid of undesirable friction points often comes down to a fairly simple set of ideas:

Have a low-tech, no-fail backup plan. Part of the pain of friction points, in technology in particular, is that they feel like they are not under our control. We are at the whims of the machine. So you need to regain some of that control. Recognize that there are plenty of scenarios where you don't necessarily need to fix the technological problem in the moment. You want to write or speak or make your presentation. As in a play when a player drops a prop, so too your job is to pick up the prop, remove the distraction, and get on with what you were doing. So you should focus on how to get that job of writing, speaking, presenting, or teaching done in a seamless way. You can wrestle with the technology later.

You can help yourself regain control by having in mind a minimally viable backup. By that I mean to have a go-to set of options that you can switch to without much thought or effort. For example, when you are writing, can you switch to a simpler platform to hash out the words and deal with the images and formatting later? Can you fall back to pen and paper for a bit? If you are giving a presentation and the software fails, can you shift the task of visualization to your audience's imagination. “Ok, the software seems to have failed here, so I want you all to render this in detail better than the machine can handle. Imagine xyz” and then paint a picture for them that describes in detail. Can you move to simply talking it out? Can you use the text chat channel in a video call — embrace that as if you had planned it all along. Worst comes to worst, can you use a few minutes of silence productively, e.g. a “silent meeting” as here: https://www.chronicle.com/article/to-spark-discussion-in-a-zoom-class-try-a-silent-meeting

The best illustration of seen of this was in a presentation. Powerpoint failed and there was nothing to work with at hand. So the speaker simply shifted, immediately, to asking the audience to imagine the powerpoint presentation, slide by slide. They had to become active listeners, imagining the layout and content of each slide, rather than the passive audience that could simply soak it in. I've used this technique myself, usually without the pretext of technology failure. I sometimes ask students to embellish the slides and so the presentation, imagined collectively, becomes a group effort. It adds variety to a class and gets students re-engaged if they've been starting to zone out. And it connects to a timeless technique of storytelling and description which people, generally, like to hear.

So the first step is always to take a few minutes and ask, what would this look like without any of the tech? Might that be freeing and helpful? That is your backup should anything fail.

Use the friction point productively. Typically a technological friction point interrupts what you are doing and stops the flow. So don't fight it. Don't struggle against it and rage at the machine. Rather, you've been given a chance to pause and switch gears in some way. Commit to that and use the change of pace. For example, you can't write in the way you thought you were going to; now you have the chance to focus on the words without the technological container. Or maybe you want to work it out in dialogue or by saying things out loud. Try it that way first and then when you turn back to your writing you will almost certainly have a better sense of what you were going to say.

In the classroom, you can't replicate the face to face classroom online. So the question is what can you do now that you are working with students in a different way, inside their homes and rooms. What is now readily at hand in that physical space? What can you do with students when they might have the anonymity of you not seeing their face because their camera is off? Can you invite constant feedback not as a way to punish students for not paying attention but as a way to engage in a medium where silences are particularly difficult to navigate.

Though technological failures are the more visible kind of friction point, the most productive thing you can do, as you start to notice friction points in your writing or speaking or teaching, is to deploy friction for your own advantage.

Examples of structured and conscious friction are easiest to see in our choice of writing tools, which is why I've been including a focus here on writing and speaking in addition to teaching. If you are used to working on a computer and at the keyboard, then the choice to write in longhand may introduce a very mild sort of friction, slowing you down in your writing. This can have huge benefits for certain kinds of writing, as it allows you more time to reflect as you write. It feels more tangible, and it eliminates the possibility of simply cutting and pasting.

It can help students in their writing as well.

A teacher of mine gave this example. As a student learning Latin he used to carry around a tiny pocket Latin dictionary. He could thumb through it with one hand and quickly find any word he didn't know. Consequently, he had no real incentive to learn new vocabulary. It was too easy and fast simply to pull out the little dictionary. When he realized this after a while, he had to change his habits. He banished the little dictionary and made himself look up any words in the biggest dictionary, the one that stops bullets and requires two hands and a strong back to lift. It hurt just a little to look up a word. That bit of pain, that bit of friction, was incentive to remember a word once he looked it up.

We can introduce friction points into our workflow and into the classroom for productive ends and, similarly, to encourage particular habits we might want to cultivate.

Un-automate things: It's easy to lose track of all the words we put in documents on our computers. Even if you have a massively organized file system, even if you have tagged things, the volume can be crushing. Inserting yourself back into what might even seem like a trivial task (for example, copying notes) can have huge benefits and help you see new things in your work.

Similarly for students, the act of de-automating a task can be the space needed to focus on process and to expose misunderstandings. For many students now, it is also important to help them through steps which teachers or adults might find almost automatic. We need more focus and attention to process because many students are being asked to do office tasks (scanning, uploading, pdfs, etc.) that seem basic but can be huge time sinks and sources of stress. To take an obvious example, when a student has to take a picture or scan a homework assignment to submit, stop and work through the process. What difference does it make if it is out of focus or the resolution is too low. How do you fix but also how might students make those images or scans of the quality they want?

Shift the medium: It can be very helpful to insert yourself in a process that moves from paper to computer or speech or vice-versa. That mediation, that change in medium, is a key point where you can think about what it is that you are communicating. Automatic means giving up agency. Simply inserting yourself into that process or even creating a step where you work in a different medium for part of the process, introduces a productive friction.

All of these techniques can be employed in teaching, as mentioned above, both face to face and remotely. The specifics will look different depending on your needs and classroom, but some common techniques might be summed up as follows: