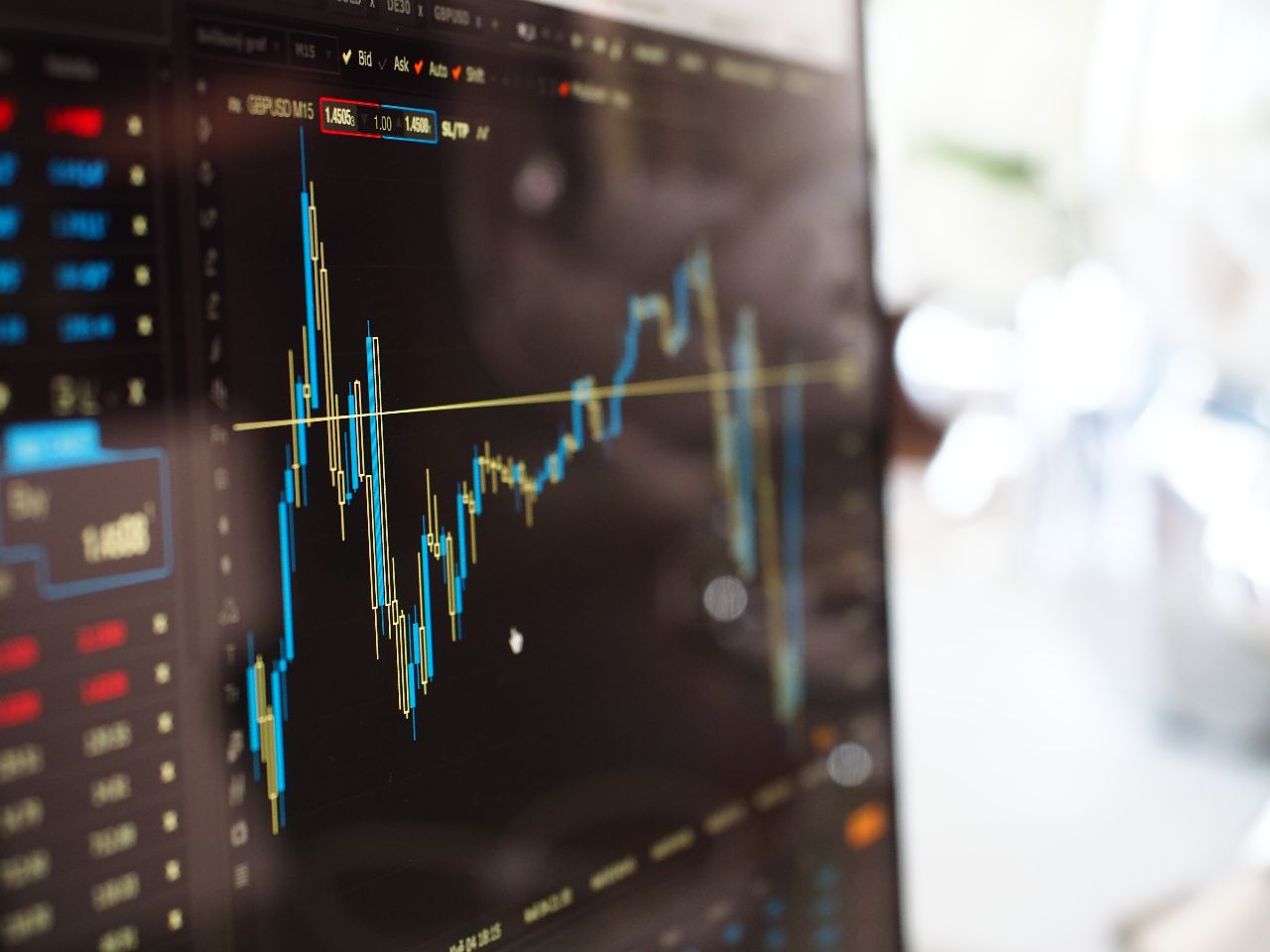 I started writing this blog, about 6+ months ago, when I was headed in a professional direction that was a bit different than it is now. Let's say that my worldview was a bit more open source-ish and not particularly commercial or profit-minded. Since then I've moved into greater contact with the business of edtech, so to speak. One useful feature of writing in the current format and under the current heading of “minimalist” edtech is that it's given me a chance to think through the tension between my teacher brain, which tends to want to serve students and teachers, and the reality of various edtech business models and trends. I don't mean to imply that edtech companies are bad actors in relation to some sort of pedagogical purity that only teachers possess; it's not that at all. But there is a tension there, a difference in what stakeholders may value or may find compelling.

More specifically, if asked, “what's the value prop for x edtech product or y technology”, how far apart would teacher brain and business brain be?

A good analogue here is with RSS feeds. (And here I am picking up on this post by Kevin Drum.) There was a time, in the not distant past, where a whole lot of people consumed blogs via RSS. RSS is a venerable and useful system. (It is also a fairly minimalist kind of thing as well, giving you content without all the garbage bloating a webpage.) As a technology, it does a great job of getting content to you quickly. RSS readers were a great way for individuals to consume what they wanted to consume. (And, they still are, for content that is still available easily that way.) BUT, here's the problem, in Drum's words:

There's no way to monetize it, and it cannibalizes users away from platforms that want to be your sole hub for news aggregation. Google wanted its users on Google+, or at the very least finding the news via search, which generated ad revenue. Facebook wanted you to read a news feed full of ads within their walled garden. And Twitter wanted to be the place where news broke first—but only if you were actually on Twitter.

In other words, RSS was a threat to practically every platform that aggregates news since it allowed users to decide for themselves what news they wanted to see—and to see it without passing through a gatekeeper. The best way to eliminate this threat was to eliminate or reduce support for RSS, as Google, Facebook, and Twitter have all done.

I think about this in relation to edtech and it seems like we're in something of the same essential conundrum. It's not so obvious or simple perhaps, but it is this same tension between technologies that simply get a job done vs. technologies that allow some form of monetization or, equally important, locate control in ways that administrators or others can manage. Reducing support for RSS is a choice that big tech companies made about how to monetize content for maximum profit. So too a lot of the systems that we take for granted or as inevitable in edtech are designed for a certain kind of lock-in and perpetuation. (obvious, yes.) Again, I would emphasize that this isn't to imply a value judgement. Rather, how much are we as teachers aware of these kinds of choices that go into what gets funded in edtech development or in what gets made a certain way?

One of my constant targets of criticism are edtech marketers. I find it gently insulting to get marketing copy from edtech companies that claims to improve “engagement” or the like. Really? Are you saying I'm not an engaging teacher? Are you talking to me like I haven't been doing this for decades? When your twenty-something sales rep gets on the phone and starts walking me through this souped up social media garbage product, do you really think I'm going to listen to that (perfectly well-intentioned and blameless) young person who as far as I can tell knows nothing about the practice of education? ... Too much caffeine this morning. Sorry, got a little animated there. I'll collect myself before continuing.

I suspect that most teachers don't take a look at market trends in edtech all that often. But we should, because it's not the case that administrators are making decisions on whims or passing fancy. There is of course a lot of money involved and that shapes much that we see most often at a more granular level in the classroom or in specific technologies. But the big picture is illuminating. HolonIQ is a go-to research shop for this and I highly recommend checking out their newsletters, at a minimum: https://www.holoniq.com/newsletter/

One area where I find this kind of research particularly revealing is in the way it characterizes trends into the future. So, for example, LMS-es are, generally speaking, imagined to continue gobbling up other companies as neeed and growing, much like the tech sector in general. That has some important repurcussions. Being an LMS critic as I am, I wonder why in the world we're stuck with this garbage that feels always like a glorified database interface hooked up to a file system built for the sole purpose of centralizing my content for someone else so that I don't have control over it. Oh, and LMS-es are also slow and bloated and badly designed and with crappy inflexible gradebooks and the like. And they smell bad. (apparently I've had far too much caffeine this morning...)

But put the criticism aside for a minute. That's a hard space in which to imagine competitiors to the LMS. Or perhaps, have the competitors been there all along? It's just not much of a product: the LMS alternative has been, for some time, abstention. It's all the teachers who opt-out and use the LMS as little as possible (at least until this past year, when many were forced to make more use of it.) Teachers don't have options, in part because the market forces at work are still those lingering from the 1990s, when centralizing systems and aggregating gatekeepers for a university-branded thing seemed like the way to go, at least to the people in charge of building such systems and making such choices. I am simplifying grossly, but my point here is that there are of course always tensions between various stakeholders. For education this is particularly complex, as the stakeholders range from all the people involved in building something to the admins, teachers, students, instructional designers, IT staff, 3rd party content developers, from big companies to small initatives in many cases. My teacher brain likes to imagine that from critique of edtech at a very individual level can emerge something better. But zooming out, at the level at which HolonIQ conducts its research and shows the trends that drive the business of edtech, I get all sorts of David v. Goliath vibes.

In the language of business, what is the value prop for a given edtech product? For a teacher, the value is often pedagogical, but also about things like ease of use, reallocating time by making certain tasks easier perhaps. It could be that edtech is fun or interesting or helps you think differently. Or it can help deliver content or make content accessible. Those are all teacher facing values — and I'm sure that list could go on for a long time. But the companies making this stuff do seem to have a different incentive system they labor under. (I am not blaming them for this. It is a structural issue, about rewards and constraints and what is in one's face in a particular role.) For a company making an edtech product, the value prop is about growth, money, profit. That only make sense, as there's no product if you can't sell it or make some money off it. There's no funding unless you can convince a VC that you'll generate a return on their investment. Ideally the road to profit and growth means building something that all the education stakeholders (teachers, students, admins, etc.) value. But in a landscape where — and here I'm drawing on HolonIQ — education is an under-technologized and under-funded industry relative to other industries, it would seem that teachers' or students' interests need only serve as pretext to the flood of money that is desperate to make further inroads into the education industry.

Which brings me finally back to minimalism. I value minimalism in teaching quite a lot, for reasons laid out across many of these posts. Ultimately though that needs to translate to a value prop that makes sense to companies or entrepreneurs in monetary terms. It has to be more profitable to make something that is minimalist in its design. I think this can be done but I don't think this is where most (if any) edtech ventures are right now. The trend is for more — more integrations to LMS-es, more products, more features, more online. Maybe I'm wrong. In fact, I would like to be very wrong about this. For now I'm stuck in a mode which too conveniently makes the idea of a more minimalist edtech gravitate towards an open source or at-the-margins kind of development; it's hard to see past a sort of dichotomy which feels non-profit vs. for-profit.

I'm not particularly happy about that. Can the value prop (in economic terms) for a more minimalist edtech work? Can a minimalist edtech be about growth and profit at the same time as it builds on teacher and student centered values?

Such are the thoughts floating around this morning. More coffee is needed. :coffee: